The carbon fiber prepreg market is growing due to its increasing demand from aerospace & defense, automotive, and wind energy industries. Boeing and Airbus have ramped up the production of commercial aircraft to cater to the rising airline passenger traffic. The increasing use of carbon fibers in electric cars and rising aircraft production are  the major drivers of the market.

The major end-user industries in the carbon fiber prepreg market include aerospace & defense, automotive, sports & recreation, and wind energy. The aerospace & defense end-use industry accounted for a major share of the market, in terms of value and volume. This is due to the increased production of aircraft by Boeing and Airbus. Moreover, Boom Technology, an aircraft manufacturing startup, is planning to build new aircrafts, the commercial supersonic transport aircraft XB-1. The use ofcarbon fiber prepreg reduces the overall weight of aircraft, thereby, increasing their efficiency. It also provides an excellent strength-to-weight ratio, FST properties, corrosion and fatigue resistance, high stiffness, and so on.Epoxy resins dominate the overall carbon fiber prepreg market as they are widely applicable in aerospace & defense, automotive, sports & recreation, wind energy, and other industries. The processing cost of epoxy resins is high for various end-use applications; which makes them very expensive. However, due to their unique molecular structure, epoxy-based carbon fiber prepregs are lightweight and strong and, therefore, can be used in aircraft tails and fuselage. They provide properties such as high strength-to-weight ratio, resistance to heat, resistance to moisture, resistance to corrosion, less maintenance, and durability due to which they are used in these end-use industries.Europe accounts for the largest market share of carbon fiber prepreg, globally, due to the high demand for materials with excellent strength, lightweight, and chemical and corrosion resistance properties. The market in the region is driven by the presence of large aircraft manufacturers, electric car manufacturers, and offshore wind farm installations. In 2015, BMW started using carbon fiber implants in its 7-series sedan. There are a large number of offshore wind energy installations, especially in the UK and Germany. According to the Global Wind Energy Council (GWEC), the UK added 1,680 MW of offshore wind power capacity in 2017, which is almost 39% of capacity addition in the global offshore wind capacity. Some of the key global players prevailing in the carbon fiber prepreg market are SGL Group (Wiesbaden, Germany), Gurit Holdings AG (Wattwil, Switzerland), Park Electrochemical Corporation (Melville, US), Toray Industries (Tokyo, Japan), Teijin Limited (Osaka, Japan), Royal TenCate N.V. (Almeo, The Netherlands), Hexcel Corporation (Connecticut, US), Solvay (Brussels, Belgium), Mitsubishi Rayon Co. Ltd. (Tokyo, Japan), Axiom Materials (California, US), and others. These players have adopted various organic and inorganic developmental strategies in the past five years.

The key factors driving the growth of this market include the growing geriatric population and corresponding chronic diseases; increase in the volume of surgeries and sport-related injuries, and growing awareness about the post-surgical adhesion formation and its related complications. 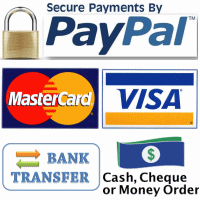